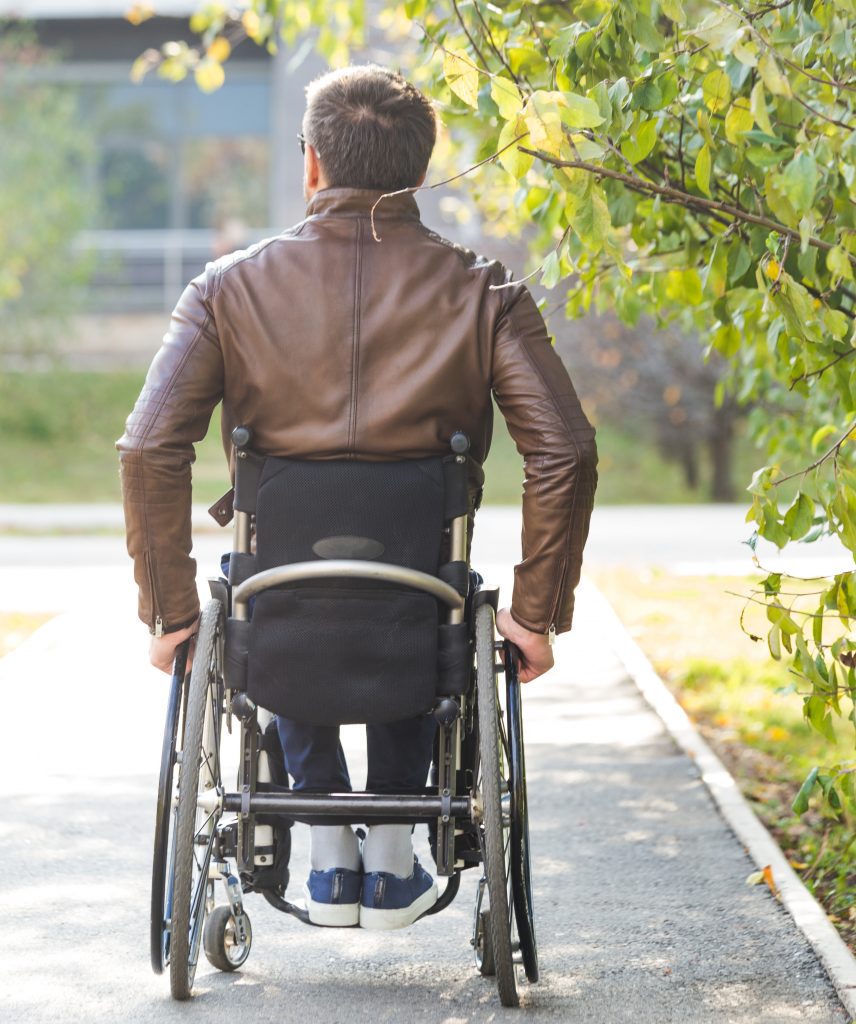 “Disability is a state of mind because we are all disabled in some form or another.  The only true Disability is to have been so afraid of failure that we never tried.  I created Universal Institute as a sanctuary where the Client is the center of our Universe.  At Universal we focus on Ability and provide the resources for our Clients to chase their dreams and never say never.”

That was the belief of our Founder, Jerry Lasso, when he started Universal Institute nearly 30 years ago.

Jerry Lasso (1956-2003) became disabled in 1980 as a direct result of an automobile accident.  After overcoming the initial shock of being “labeled” paraplegic, he began therapy, believing that all of his problems would be solved.  What Jerry discovered, however, was that they were just beginning.  The constant negative message from the rehab professionals and doctors was too much for him.  He wanted and deserved more.

Jerry began to travel the country looking for the kind of therapy he craved.  After eight years of total frustration with the type of rehabilitation being offered, Jerry decided to open a rehabilitation center as the culmination of a dream he envisioned for people with disabilities across the world.  His dream was to provide an uncompromising level of intensive and innovative individualized rehabilitation in a highly-charged, positive environment of rehabilitation and recovery.  Jerry founded Universal Institute as a place of hope—a place where the Client is the center of the Universe.

Since its inception in 1989, UIRehab has become a leading provider of rehabilitation and supportive-living services to individuals with acquired brain injury, spinal cord injury, and other neurological conditions.  Today, UIRehab offers a multitude of services that focus on body, mind, and spirit, as well as a full range of superior medical and rehabilitation consultation services.  Jerry’s team continues to expand throughout locations in Pennsylvania, New Jersey, and Michigan, providing the highest evolution of community-based rehabilitation.

It was Jerry’s mission to show the world that with enough motivation, hard work, and positive energy, anything is possible.  It is our responsibility to carry on that legacy and to instill his hope, determination, and courage into every Client that joins our family.  The memory of Jerry Lasso remains the constant guiding force behind UIRehab and our doors are always open to YOU.

Interested in how we can help you or a family member? We'd love to hear from you and learn more about how we can assist. Please click the button below to contact us.